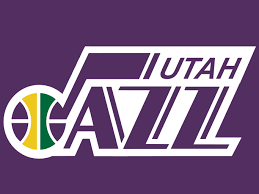 The Lakers have once again entered into the NBA finals. As this glorious event transpired, I realized that once again the Jazz fans will have to wait another year to get beat again. I really cannot wait for next year to be here. My goal is to be at the La game in SLC, sporting a Kobe jersey. I would love to wear that purple and gold, with a big 24 on the front, and have everyone haze me. Here is the thing though, I feel bad for Jazz fans. I do. I feel bad that they can’t win. But at the same time, I want to punch every hard core jazz fan in the throat.

They are the most irrational people in the sporting world. Your typical Jazz fan is LDS and live in Utah, or they are just lds and have family in Utah. Their basketball IQ… pretty low. And for some fallacious reason, they hate the Lakers. I guess this is where I do not get it. Why? Why hate the lakers? “Its cause Kobe raped a girl…you gunna root for a rapist. And he is a ball hog. Oh, and Fisher, total jerk. He is a traitor! Plus they are like the Yankees of the NBA. Just jump on the bandwagon. Fetch man.” I’ll counter each of these ridiculous claims.

Kobe the Rapist. First of all, do most jazz fans understand what happened? No. Not at all. Just hear say, and that is what matters. First of all, the DA decided to prosecute him, not the victim. It was also found that she had relations with other men besides Mr. Bryant within that same week. He also admitted that he committed adultery. He went to trail… he didn’t settle it out of court… and was dropping 40 on the Nuggets during the playoffs. Sounds like his guilty conscience really got to his game. If you hate Kobe, then you have to hate every person who has done that. Magic Johnson, Michael Jordan, Wilt Chamerlin, this list could go on and on, and those are just b-ball players. Oh… did I fail to quote some doctrine? Like love one another. Or it is required of us to forgive all men… if your perfect cast the first stone… how about hate the sin not the sinner. Or did most mix that last one up. Hate the sinner.

Or is it is game that you hate? Yeah, he is too good. Shoot. Might as well hate Johny Bravo and Brad Pitt.

Fisher the traitor. I am literally laughing right now. Give me a break. His daughter had a life threatening disease and the specialized hospitals were in NYC and LA. How dare he go back to a place he has already established residence. That isn’t human. PALEASE! I have a name for you, KARL MALONE. The mailman quit working for the Jazz and went to LA to win a ‘ship. Now, your Jazz icon went to the Lakers. Ouch. I guess he wanted to win one. Couldn’t do it with the jazz. Sucks that a Tarheel was in the NBA at the same time as old Malone and Stockton. Just keep selling your cars while Jordan is selling his clothes. I guess I just lumped two arguments together. A side note, black players look better in the purple and gold.

Bandwagon jumper. I loved Kobe as soon as he left Lower Marion High in Pennsylvania. He was going to be the next MJ. He had a slow start, but I still loved his fro, spaceman boots, and silky fade away. I bet I know more about the Jazz then most Jazz fans. I guess I also like winning. Unlike rooting for a team that will never win. Get rid of J. Sloan, he ain’t a winner. Get some real talent. All you have is heart and D. Will.

All in all, all of the Jazz fans arguments are lame. We have the loudest stadium…no that was Oklahoma this year. We have the most heart… yeah and you got swept… We are the best fans… and that is really helping. Get over it. You guys are competitive, but not winners. Quit being mad. Cub fans got over it. Just be happy with where you are, in the middle of the pile. Just sit back and watch a real team take it in the championship.