The fedora hat has been through quiet the journey. After a quick reading of Wikipedia, I have become an expert on the subject (and as someone who tried to add false information, and was banned for it, I know how serious the self governance is of Wiki’s contributors).  I will just give you the highlights. It was named after a woman named Fedora, who wore a hat, in a play of some kind of significance, that looks like a fedora as we know it. Originally, the fedora was a woman’s fashion. Men soon started wearing the hat because of its style and utility. It was associated with gangsters in the 20’s to 50’s. Then, it died… until Indiana Jones, Dallas Cowboys coach Tom Landry, Alabama coach Paul “Bear” Bryant and more recently Michael Jackson…. MORE MORE recently, Ben Roethlisberger, who pulled it off amazingly. I wish I would have known the history of the fedora before I wore my straw fedora to school. 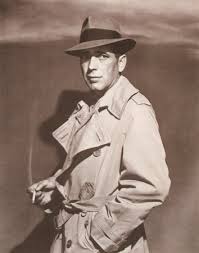 In my mind, the fedora has taken a different position than what it’s illustrious history shows. My only interaction, with people who wear fedoras as part of their current and ongoing wardrobe, have been odd – they are weirdos.

Here I was driving to school, with a straw fedora on my head, wondering ‘why’? I got similar looks from my peers. I felt like I had the mark of death on me, by the way people were looking at me. I met with an academic advisor in the morning. She had a hard time looking me in the eyes. I shrugged it off as a draw – she just doesn’t have confidence. She must be intimidated because I am putting so much confidence out.

Next came the grounds crew. I was walking straight, but for some reason the lady with the miniature saw played chicken with me. I chose left, she went right – as in my left. We were 20 feet apart and she was starting chicken with me. Was she doing zig-zags to avoid being sniped? – she must’ve been trying to read a sign behind me.

……. I realized that this post stunk, so I quit writing it, but decided to post it anyway……